One of the cool things coming in 2.1 is ActionResult<T>.

I was curious how it works, so I decided to check the source code on GitHub.

It's a pretty short class, and easy to understand. But what is the point?

The main point is to allow you to return either an object or an ActionResult from your action.

It means you can do this:

But why does it matter?

There are two reasons that I can think of:

The second point is pretty great for auto-generated API documentation and/or API clients.

If the API does not use ActionResult<T>, any generated API spec (like OpenAPI) cannot know from the action method signature what the type of the returned object is.

It means you have to add a [Produces] attribute on the action:

But with ActionResult<T>, you don't need to do that. The method signature already contains the info.

So you get API documentation like this that tells what kind of object will be returned: 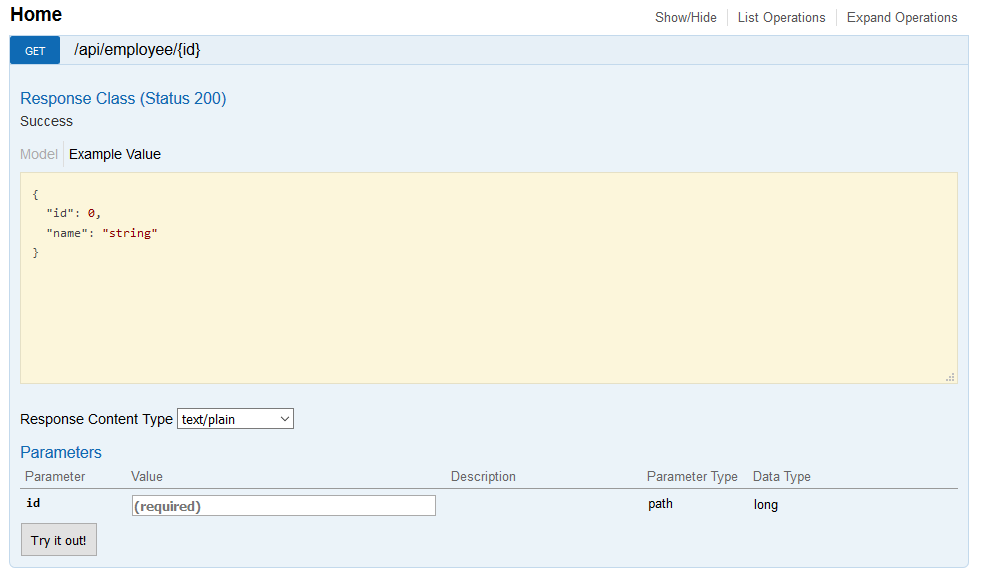 How does it work: Implicit operators

ActionResult<T> implements two implicit operators which do most of the work:

What is an implicit operator you might ask? It is effectively an automatic type conversion function.

The first function takes a TValue and converts it to ActionResult<TValue>. The second does the same thing for action result types.

This means when your action return type is ActionResult<T> and you return an object, the compiler will automatically insert a call to the first function to convert the object before returning it.

The reason it is called implicit is that you do not need a cast operator to trigger it.

Weirdly enough the class does not implement IActionResult.

The class instead implements an interesting interface: IConvertToActionResult.

By returning a result that implements this from an action, the framework (ActionMethodExecutor actually) will call Convert() on the result to get the actual result.

By the way, if you return anything other than IActionResult or IConvertToActionResult from your action, it gets wrapped in an ObjectResult.

I'm curious what other things we could do with this deferred action result conversion :)

Here is the ActionResult<T> implementation for the conversion:

So if the Result property contains an ActionResult, we return that. Otherwise we create an ObjectResult containing the object returned. This is actually what has happened automatically since 1.x if you make an action like:

Overall ActionResult<T> is just one of the great things coming in ASP.NET Core 2.1.

It allows us to reduce the boilerplate code in API actions. Be sure to also check out the [ApiController] attribute coming in 2.1 for things like automatic 400 Bad Requests when model validation fails, which means even less boilerplate!

ASP.NET CoreAPI
This site uses cookies for anonymous analytics. This information is used to know what is popular, and if users hit problems.